We are delighted to have Irish Freestyle football champion Conor Reynolds working with us.  Conor will be launching his “Inspiring You In Real Life Freestyle” – #IYIRLFreestyle initiative with us in the coming weeks.  He will be teaching some of his tricks in simple video tutorials on our platform in the hope that young footballers become active fans instead of just passive participants!

Conor and filmmaker Kamil Krolak  have teamed up to produce a short video filmed around Athenry, the town made famous by the “Fields of Athenry” .

Practice some skills as the Irish soccer team prepare to face the world famous Glasgow Celtic for Celtic captain Scott Brown’s testimonial on Sunday the 20th of May!

The famed Glasgow club won the European Cup on the 25th of May 1967 with the team commonly referred to as The Lisbon Lions . What is unique about this team is that all the starting team were born within 30 miles of Celtic Park!

Much of the squad have also claimed that the key to their success was playing football on the streets or in their back garden whenever they got a chance.

Johan Cruyff, “When I was young, I trained a few hours a week at Ajax, but I played a few hours everyday on the street, so where do you think I learned to play?

With this in mind Conor Reynolds and the team at “Inspiring You” decided to honour these football heroes by encouraging young footballers to get practising!

Conor was the first person in Ireland to do three consecutive “Round the World” moves with a football.  You can check it out on our video here

Having travelled the world performing at Freestyle football events Conor is keen to pass on the tricks of his trade to the next generation.

What can you do for #IYIRLFreestyle?

We want young people to be active and creative and reflective.  Simply have fun with your friends playing ball and if you want you can post your own #IYIRLFreestyle clips on your club or schools website, YouTube channel or social media plaform and email us your link and we can share it from there.

We are passionate about You owning and controlling your content!

It is very important that young people understand how important it is to control what they post online.

When you post clips on your club, school, personal or parents account this ensures that you not only get the credit for your work but you control its use online.

Together we will try and develop a more sensible and safe approach to how content is shared online.

Why not watch Conor’s video and go and learn a few skills or play ball with your friends?

Inspiring You In Real Life – To Use Social Media Less

The Daily Mile – One small step, but a giant leap to a healthier lifestyle! 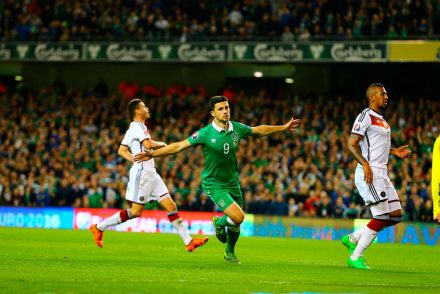 Ireland striker Shane Long is all set for #InspiringYou