The story of how a peace keeping force of a mere 155 men of “A” Company survived The Siege of Jadotville has become the stuff of legend.   Thanks to the military genius of the late Col.Pat Quinlan all of the men survived.  The men fought against an enemy force of 3,000 without any fatalities.

Bravery medals yet to be awarded after 57 years

Sadly due to a number of factors the men were not recognised for their actions by the government and the military.  Col. Quinlan recommended five men for the Military Medal for Gallantry (Irish equivalent of the Victoria Cross) and 29 men for the Distinguished Service Medal (DSM) for their actions in Jadotville.

None of them have yet received their awards. Three “A” Company veterans were also recommended for medals for action two months after Jadotville and they did receive their DSM’s.

Discovered only a few weeks ago

Documents related to these recommendations were “misplaced” in army archives but were finally discovered only a few weeks ago.  The documents reveal for the first time the names of the five men who were recommended for the Military Medal for Gallantry (MMG) and the 29 for the DSM.

The team at “Inspiring You” helped provide a platform for young people in Ireland to campaign for the government to recognise the heroism of Ireland’s “Band of Brothers“.

Students from Malahide Community School and Galway Community College joined forces to help “right a wrong” and shine a light on the bravery of the men of “A” Company.

In a determined campaign the team at Inspiring You,  teachers and students from both schools worked together.  This helped these men get the recognition and apology they deserved.

The students wrote letters to politicians, contacted local and national media, got support from the general public, invited some of the soldiers and relatives to their schools to tell their story.  Catherine Connolly, Galway West TD, raised the students campaign with the Minister of Defence Paul Kehoe in the Dáil.

The students even helped to draft a Leaders’ question to former Taoiseach Enda Kenny which was presented by Galway West TD, Noel Grealish.

After a lot of hard work by the staff, students and some political representatives, the former Taoiseach Enda Kenny met with some representatives from “A” Company, (two of whom were recommended for medals) and the schools involved in the #MedalsforJadotville campaign.

On the 13th of June on his last day in office he announced that a special medal recognising the valour of the Irish soldiers would be awarded after 56 years of inaction.

Awarded to recognise the valiant defence

History was made when a Unit Citation (1st in the Irish Army) and Bonn Jadotville medal (linked to the Unit Citation) was awarded to surviving veterans of “A” Company and their families in December 2017 in Custume Barracks, Athlone.  These medals were awarded to recognise the valiant defence and courage shown by “A” Company.

Medals of bravery yet to be presented

However the specific 32 medals recommended by “A” Company Commander Pat Quinlan have NOT YET been awarded.

At this point in the #MedalsforJadotville and #Medal4Quinlan campaign it was felt that Col. Quinlan’s recommendations for medals for bravery were forgotten or misplaced.

Names of men recommended for awards

Senator Gerard Craughwell received a copy of the letter which has been unearthed in the last few weeks. At a recent army veteran’s event he read the names of the men recommended for awards

Senator Craughwell echoed the students sentiments that Col. Quinlan should also be awarded the MMG.

Students working to honour these men

In an age where we talk about young people lacking empathy it is refreshing to see students working to honour these men whose legacy was neglected and slighted for decades.

The wellbeing and mental health of our youth is something we as a nation are working together to protect.  What is ironic is that two of the soldiers who fought in Jadotville were only 15-year-old boys and approximately another twelve soldiers were only 16 years old.

One of these 16 years old soldiers were recommended for a DSM.  Having witnessed violence and traumatic events first hand these young men had to face being ignored and isolated militarily and from society to a degree on returning home.

The men who fought at Jadotville sadly were wrongly perceived as cowards. Tragically having survived the siege without suffering any fatalities a number of the Jadotville veterans met untimely ends in the years after.

Some veterans struggled to deal with their experiences and subsequent treatment by the authorities.

Only 9 men survive from the list of 32 submitted by Col. Quinlan.  Many have gone to their grave believing their legacy to be tainted as a result of their mistreatment.

The men of “A” Company fought against overwhelming odds on one of our first U.N. missions.  Now is an opportunity for us to show our solidarity and gratitude to the few who gave so much.

If we work together

As a final act of solidarity for these Irish U.N. veterans it would be great if we work together and push the #MedalsforJadotville and #Medal4Quinlan on social media.  Why not share this article or your view online or contact media and your local political representatives?  We can help these students finish the campaign they started for the “Heroes of Jadotville”. 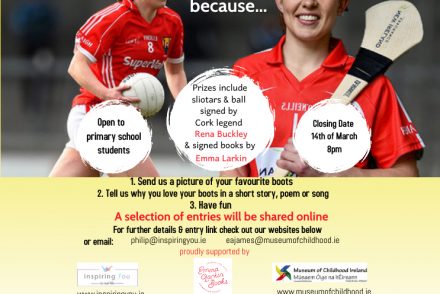 What inspires Marguerite to write?

The Great Steeltech Bake Off – Fun for all the family!